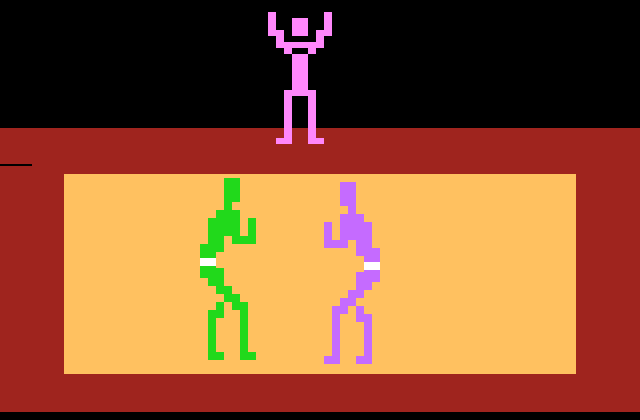 Karate is a video game for the Atari 2600 manufactured by Ultravision and released by that company and later by Froggo. Designed by Black Belt Joseph Amelio, the game was released in late 1982 for the NTSC system.

Two stick figures kick and kick each other to score points. You can kick, kick, and do high kicks. A blow to the head results in a knockdown. The player with the most points after two minutes wins.