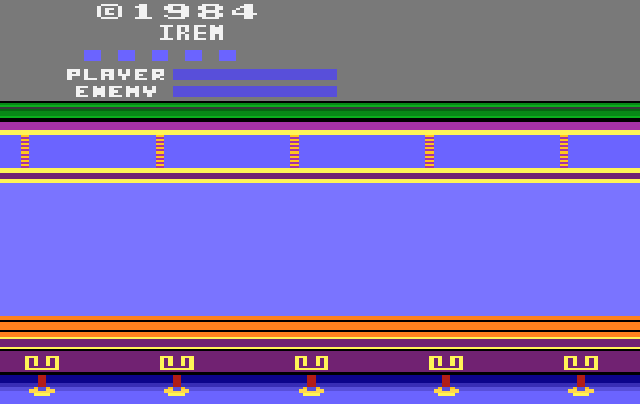 Kung Fu Master is a fair game of the same name. You are, as the name implies, a Kung Fu Master, and the task was to rescue the beautiful Princess Victoria from the clutches of an evil wizard. Your only defense against grabs, knife throwers, and other traps and enemies you will encounter is your repertoire of Kung Fu maneuvers. The characters are practically the same with slight differences in color, although some were given unique, albeit blocky, designs. The controls have been changed to fit a single joystick button, and as a result, several moves have been taken out. The core gameplay element remains, along with the challenge of the original, meaning that even seasoned players can get run for their money.