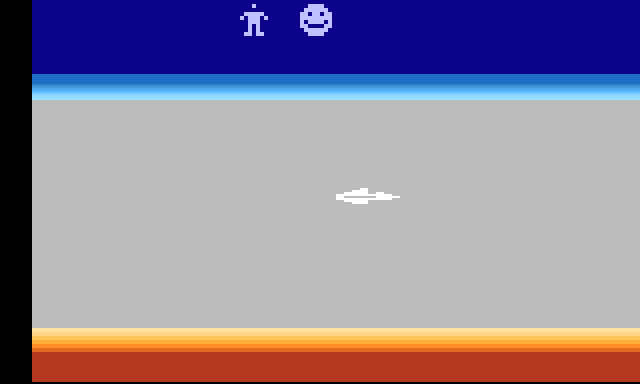 Patrol Communiqué: A friendly cargo robot has been shot down on planetoid Beta-7 in your quadrant. Cargo: Valuable trimetallic energy crystals. An enemy starship with fighter drones is on its way to confiscate these very valuable blue energy crystals. Mission: Get as many crystals as possible. Destroy all enemy fighter drones you come across. Intelligence reports that the enemy is conducting combat tests of new models of these drones and will periodically replace them during close combat. Each interchangeable drone is faster and more maneuverable than the previous one. Mission Status: Critical. Expect extreme danger when penetrating the orange atmosphere of planetoid Beta-7. Further communication is not allowed. Have a good hunting.