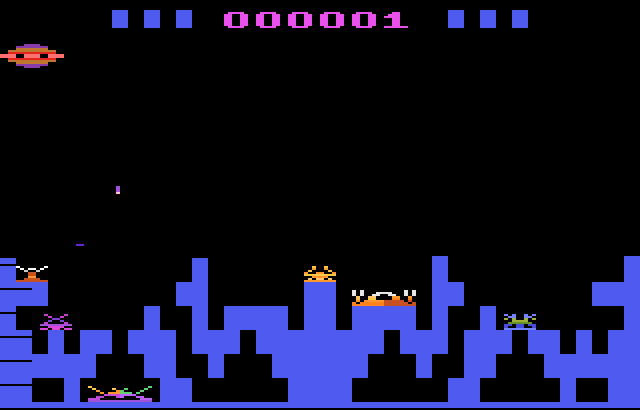 Reminiscent of being transported to Atlantis, but with the opposite purpose, Z-Tex has players control a UFO-like aircraft while firing lasers at enemy bases. Their fortified positions will randomly fire defensive missiles, which sometimes turn into skulls, which in turn can be converted into heat seeking missiles. If conventional missiles, skulls or heat seeking missiles hit your aircraft, it will be destroyed. Although the grounds are colorful and well-defined, the reactive and six-level landscapes are blocky and shapeless. The gameplay will become too boring and its only task stems from aggressive heat seeking missiles. Fans of this genre will be better served with Atlantis and Star Wars: Death Star Battle.