MSX2
Brutal Unleashed - Above the Claw 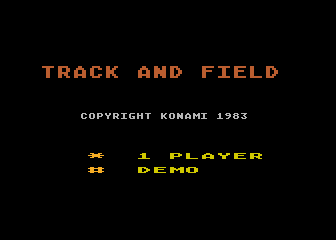 series of games of the Olympic theme of Konami, launched in 1983.

Track & Field (Hyper Olympic outside the United States) is first issued as a gaming machine. The game became a kind of standard for the subsequent games of similar subjects. Available Match: 100 Meters, long jump, javelin throw, running the 110 meter hurdles, hammer throw, high jump.
For the Atari 5200 version was almost finished, but the sale has not arrived.