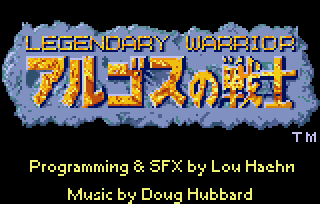 The people of Argul were suddenly attacked by the sinister King Ligar and his henchmen. The holy lands are not as happy now as they used to be. Ligar also captured the Gods of Indore, who created the holy lands of Argul. The prophecy speaks of a hero who will come and save the Gods and the land of Argul. You, Rygar, have come a long way from your distant homeland Algosu (Argus) to save everyone, kill Ligar and open the symbolic Door to the World.

The game became one of the founders of the RPG genre and was released for almost all 8-bit platforms, both console and computer! Let's play!