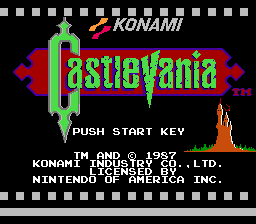 Castlevania
Dendy - NES
First part of the popular game Castlevania. The hero armed with a switch battles against crowds of evil spirits and live skeletons against one purpose: to reach the center of the world evil - the Count Dracula. The game plot is simple more than ever. It is possible not only to kill with a switch enemies, but also to beat out bonuses in the form of hearts and bags of money from candlesticks. Initially a game was issued in Japan on diskettes for Famicom Disk System, but in 1993 was republished for this region and on cartridges.
GAME INFO
Game name:
Castlevania
Family:
NINTENDO
Platform:
Dendy (NES)
Developer:
Konami
Genre:
Platform game
Date:
1986
Neo Mystery Bonus