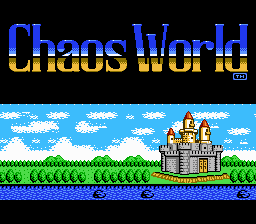 Chaos World
Dendy - NES
Excellent role-playing game from any creator of browsers and shooter games - Natsume. The standard top view, bustle according to cards and chatter with the people. Only all settings and parameters of the character and all team in general are carried out in the best traditions of prefixal rolevka - from the separate screen from menyukha. Thus, menus do not interfere with a game, and a game does not mix up from menyukha. So was in Final Imaginations and later, rolled games.
GAME INFO
Game name:
Chaos World
Family:
NINTENDO
Platform:
Dendy (NES)
Developer:
Natsume
Genre:
Role-playing game
Date:
1991
Land of Illusion Starring Mickey Mouse