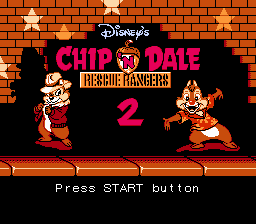 Chip to Dale no Daisakusen 2
Dendy - NES
Second part of a browser, improbable on dynamism. Chip or Dale (for choice), will run on level, lifting and throwing boxes in enemies and collecting badges of Rescuers. Enemies became much cleverer. They are able to mask under boxes, to beat off the boxes thrown in them and to rush. All action happens in various, increased sizes, interiors of the usual house - kitchen, for example. Bosses of levels in this game became incredibly interesting, but much easier, than in the first part.
GAME INFO
Game name:
Chip to Dale no Daisakusen 2
Family:
NINTENDO
Platform:
Dendy (NES)
Developer:
Capcom
Genre:
Platform game
Date:
1993
Golf