A2600
Neopets: Petpet Adventures: The Wand of Wishing 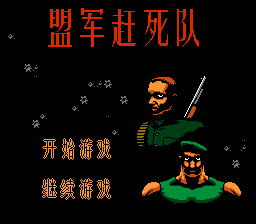 The player operates the soldier by the name of Super Joe who at the beginning of the game lands in the jungle by helicopter. It alone has to make the way through the jungle, shooting back enemy soldiers. Super Joe is armed with submachine gun with an unlimited ammunition, and also several hand-grenades. By means of grenades it is possible not only to kill several opponents, but also to destroy some obstacles. On the way it is possible to try to release prisoners of war.