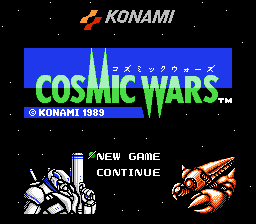 Cosmic Wars
Dendy - NES
Space step-by-step strategy with economy elements. You will need to battle on a certain card against the opponent's units. You need to buy the units, to employ the commander, to give him team, to put on a position, and then already to begin to attack. At each player at the beginning is on 12 planets which and should be protected and to win new. Quite long and boring process of preparation for fight and accumulation of power pays off the subsequent fights.
GAME INFO
Game name:
Cosmic Wars
Family:
NINTENDO
Platform:
Dendy (NES)
Developer:
Konami
Genre:
Strategy
Date:
1989
ESPN X-Games Skateboarding