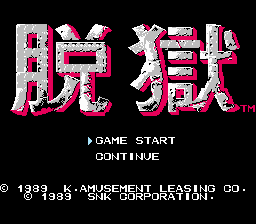 The prisoner of war made escape from prison. Now he should leave the enemy territory. Under terrible music it destroys enemy soldiers hands and legs and the weapon which is taken away from them.