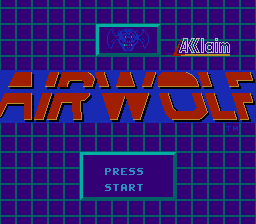 The helicopter simulator from the first person. Game action reminds "Top Gun", but occurs not so highly above the ground so sometimes it is possible to crash into a land structure. From weapon except automatic machines there are guided missiles, prompts between missions are followed by the image of the moustached uncle giving you a task, and during the game the animated rollers with the alarmed enemy planes are shown.