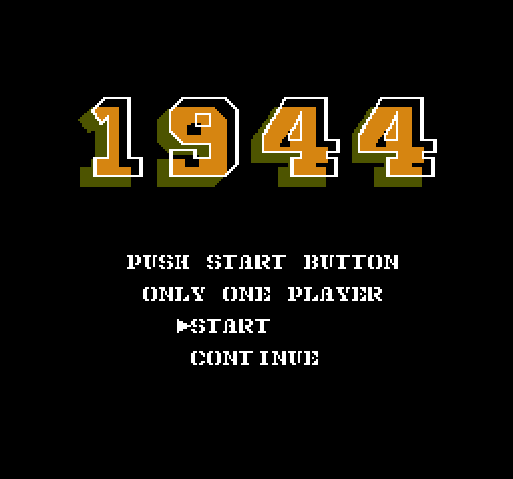 The game is made in 1944 in the genre letalka-shooter. The player will need to manage combat aircraft and destroy all the enemies that will attack him during the flight. This inherently addition to the version of the game, 1943. Changes in this fashion is almost there, but there are new levels, missions and other rivals.

Before us is a vertical scrolling shooter, top view. Before the game, each level of management gives the task to perform. The successes of the pilot on the field of battle in the game, for which you can get points, evaluated depending on how many were destroyed enemy aircraft carriers. The slightest contact with any enemy combat unit leads to "death", the stock of lives in the game is also limited. But if you choose continue, after each defeat, it is infinite.