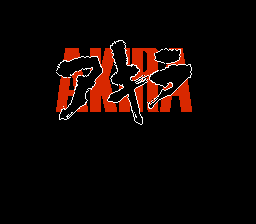 Interactive movie game "Akira", it is made on the anime of the same name to the movie and repeats its plot, allowing to choose your further actions in key places. Complexity is that a game in Japanese that complicates the choice.

After the end of the third world war there passed 31 years, now on August 18, 2019. Kanedo and Tetsuo were bikers from streets Neo - Tokyo . During the skirmishes with the competing gangs, during one of races, practically became of Tetsuo the leader of arrival as suddenly its bike unexpectedly