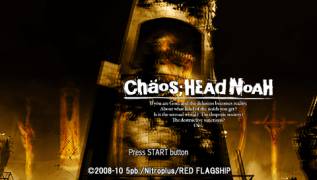 Fallacies of science and adventure that strong tag site 5pb. and Nitroplus gifts. Character design by mutsumi Sasaki. * The game only supports Japanese.- Promo word and I will kill the world. - Game Description - A game-adventure psycho suspense touch that makes 'delusional' the keyword. - A story advanced by two or more aspects, focusing on the continuous strange murder event (new generation frenzy) that takes place in Shibuya. - Six heroines appear. In the peculiar way of the heroine, various goals and secrets:. - The verge of reality and delusion becomes vague due to the use of a deluded trigger, and fear and interest are experienced. - In full voice say nothing voice. - The total playing time is the volume that exceeds 30 hours. - Mutsumi Sasaki is assigned to the character design, Yukihiro Matsuo is assigned to the original picture, SHOKO is assigned to the product design and Naotaka Hayashi is assigned to the script. - History -Takumi saijo is the second grade of high school this way, then the conclusion is one step. He claimed that 'he is not interested in three dimensions', is surrounded by a large number of nymph figure in the room, and she lives. A continuous bizarre murder event, which was called 'new generation madness (alias new gene)' took place in Tokyo where he lived. The perpetrator has not yet been caught, and shoots at the network and television. Gro's image that prophesies the next new event gene was sent from the existence of a mystery that is called "general" when chatting on a certain day. Takumi did how to kill as accurately predicted return to school, and encounter a ghostly crime scene the next day. N64
With You Mitsumete Itai