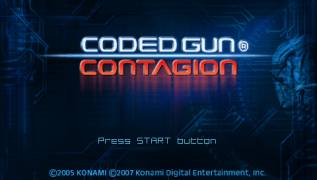 After defeating the artificial intelligence AIDA, the military did everything to prevent the program from revolting again. An improved defense system controlled every action of a virtual intelligence created to train special forces and simulate an alien attack on Earth. But a new threat lurks not inside, but outside of AIDA! A virus created by cyber-terrorists has completely changed virtual reality, turning it into a real nightmare again!

To prevent the leak of top-secret information, the military connected a professional hacker to AIDA. But it turned out that it was impossible to stop the virus by restarting the security system. The parasite has taken control of the program's warhead and is ready to defend itself against any attack. Now the only way to stop the infection is to completely destroy the spy file. But how to do it, being in the very center of a hostile virtual environment?!

Virtual reality is deadly! The virus has changed the program so that now you are its only opponent. Alien monsters, robots and special forces soldiers have teamed up and are looking for you in all levels of AIDA. Be ready to repel an attack at any moment!

Management for every taste! Each player has his own style. Flexible settings allow you to set the parameters that are convenient for you. Adjust the controls and give the virtual monsters a real thrashing!

Enough weapons for everyone! There are more than thirty means of destruction to choose from. Assault rifles, machine guns, grenade launchers, plasma and electric guns - this arsenal is enough to clean ten AIDA programs!

Find out what artificial intelligence is capable of! AIDA is a program designed to train elite units. Get together with friends in a group of eight people and get ready for severe trials, after which any war will seem like an idle walk.