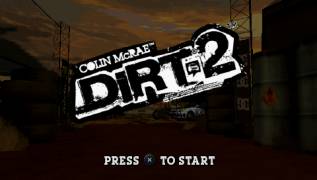 They travel where they have never seen rollers and pavers in their lives. They rush through potholes and potholes at great speed, because every second is worth its weight in gold. They are rally drivers, real off-road conquerors, and in Colin McRae: Dirt 2 you will become one of them! The sequel to the acclaimed racing game Colin McRae: Dirt takes cross-country racing to the next level, allowing everyone to literally feel the excitement and tension that the driver of a powerful rally car experiences during the responsible championship.

Embark on a grandiose world tour with races along the most treacherous and scenic routes in different parts of the world. You can fight against the elements and worthy rivals behind the wheel of seven classes of cars, modeled in detail on the basis of real-life prototypes. Once you've mastered your solo career, take on other desperate racers in a multiplayer game for the ultimate challenge!