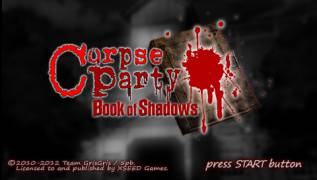 Corpse Party: Book of Shadows adds new twists and turns to the universe of the series and reveals characters that were little talked about in the first part. Plus some details that became the basis for the new game in the series. The game has chapters that are a prequel to the events of Blood Covered, and chapters that talk about what would happen in the case of Wrong Ending 6 from chapter 5 of the first part, when Sachiko returns the heroes to the past by erasing their memory. The only one who manages to partially retain memories is Satoshi. However, he fails to stop the horror from repeating itself.