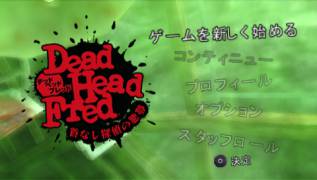 In Dead Head Fred you should revenge for own murder, at the same time you will use as weapon the most various objects and even the chopped-off heads of enemies. In an unusual adventure action of Dead Head Fred developers prepared for us alternative history of the 40th years of the last century. The private detective Fred Newman was ruthlessly killed by unknown persons. As a result of a surprising scientific experiment Fred revives and intends to revenge, however the main character has one big problem - it remained brainless - for this reason it will use the heads of the enemies. Interesting feature of a game is that each head has unique abilities which will help Fred with his mission. You will be able to change various heads on the fly, growing old to choose the necessary tactics for each enemy, whether it be the ordinary gangster, a shapeless mutant or the next boss of level. In this game excellent graphics is combined with extremely convenient camera that everything together will present fabulous action from the most favorable side. JAG
Art of Fighting 3 - The Path of the Warrior