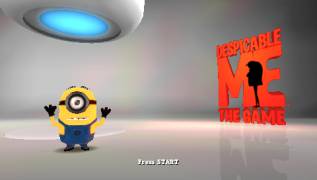 Be nasty! Because it's so funny!

Despicable Me The Game (Despicable Me Video Game) will allow a player of any age to be in the role of Gru, the protagonist of the animated film of the same name. Gru, one of the most nasty arch-villains in the world, wants to secure this status for himself and steal the moon with the help of the minion army he created. To complete missions and various kinds of puzzles in your arsenal, you have a bunch of different high-tech weapons that no other game has ever seen, and minions loyal to you, obeying your every order!