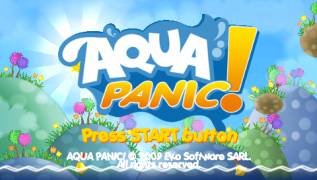 A game represents explosive cocktail from a puzzle and a tactical action, and rescue of Earth from the huge tornado which lifted in the atmosphere of inhabitants of the seas and oceans of the planet will become the main task of the user.

If fish does not get back to water, the world is threatened by the next environmental disaster. Fortunately, hero of Downstream Panic! quickly finds a way to save underwater inhabitants from inevitable death. Actually, he will also be engaged in it throughout the subsequent 80 levels which passing, according to developers, will take not less than 10 hours.