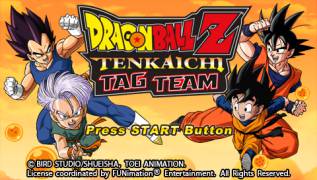 So, what did the developers offer to the owners of the portable console from Sony? First, for the first time in the history of the series, two-on-two battles appeared. This innovation will greatly change the balance of power, as well as the actual gameplay. It will be possible to find an ally thanks to the new search system built into the game's multiplayer. Secondly, Dragon Ball Z: Tenkaichi Tag Team has more than 70 characters, each with their own set of unique moves, super attacks, and combined attacks. In general, the choice is huge, so you won’t get bored and “hang out” in arenas with one hero!