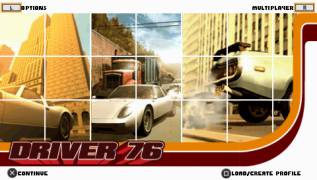 Driver 76 was created by joint efforts of Sumo Digital Ltd studios. and Reflections also, as always, will offer gamers the next GTA clone with a set of vehicles and an opportunity to move on shank's mare. As it is easy to guess from the name, the player will be abandoned in the 70th years of last century where it and should pass 27 missions. Except them gamers will be able to carry out and third-party missions by means of which it is possible to improve skills of the character and to earn additionally a little money for pocket expenses. If to you bothers to run alone, then will bring to your attention the multiuser mode. Among other things in Driver 76 there will be a fine soundtrack in style of the 70th and a quite good plot which action develops in two years prior to Driver Parallel Lines.