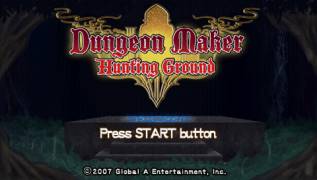 Dungeon Maker: Hunting Ground - a game about vaults, monsters and treasures. However in this project developers will allow the player to build independently unique labyrinths of vaults which will attract the most various monsters, and hunting for the last will bring to the player of a jewelry and treasure.

of Feature of the game Dungeon Maker: Hunting Ground:
- Project and change also laquo; on