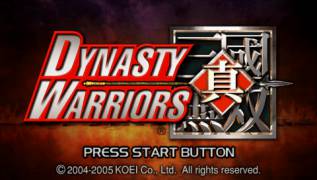 Dynasty Warriors Strikeforce As in previous games of this series, we will be presented with a slasher about ancient China. Where real historical figures of that time will go under the control of the player.

Of course, probably many of us have already played the previous parts, but here Koei decided to make some changes. Now the heroes under the command of the player will be able to transform into their unique super form. Such a character hits harder, hurts more, moves faster, and jumps higher.