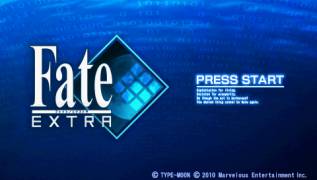 Type-Moon's most successful franchise has received another video game incarnation, in a new RPG genre on the PSP platform, called Fate/EXTRA. The game will put Fate on a JRPG track and allow players to choose the gender of the protagonist. Of course, fans will not be left without the presence of the main characters of the series - Rin and Saber. The gameplay is a mixture of a typical Dungeon crawl RPG with some school elements.