Spider-Man vs. The Kingpin 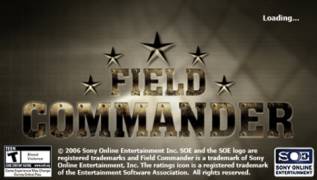 In this game you should accept command of huge army as the field commander with wide fighting experience which works for the independent organization ATLAS. It is possible to tell that the task is set quite standard - rescue of the world from spiteful terrorists of Shadow Nation who launch wars and battle for global domination on the planet. At your disposal there are 15 army divisions and 11 field officers, units can act on the earth, on water and in air. You should show strategic talents throughout 30 unique missions which events are developed in fine three-dimensional locations. A graphic component of a game quite at the level: dynamic illumination and visual effects, highly detailed levels, structures and models of units. A game supports the multiuser mode in which it is possible to battle against other owner of PSP by means of a wireless communication.