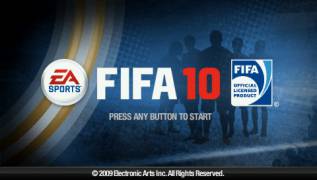 Features of a game: The well-known football FIFA series does not stop on the way to perfection. More than 250 million network matches are already played in community FIFA, and during creation of FIFA 10 the opinion of admirers on a set of questions was considered. The new episode of a series lays claim to the best simulator of the soccer setting new standards of realness in a genre. All basic elements of a game underwent change and improvement. Especially close attention is paid to management and behavior of football players. Feints, inkings and movements of players across the field in FIFA 10 look so naturally that the screen turns into a window on real, but not virtual stadium.

Championship of Russia! For the first time in the history you will be able to play for football players of the favourite clubs and to lead one of domestic teams to the victory. In FIFA 10 in the field there will be brothers Berezutski, Akinfeev, Dani, Semak, Malafeev, Anyukov and other stars of the Russian soccer. In total in a game 16 Russian clubs are presented, including also laquo;