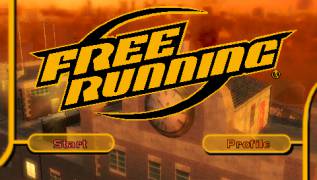 Free run, or Parkour as it was called in the 90th years of the 20th century when only appeared in France. Then it was only the extreme entertainment, and quite dangerous. But it actually it not so! Parkour & ndash; this movement, simple and easy. This what the movement has to be if there were no restrictions imposed to society. Most likely, if you heard about parkour, then you also saw that there is a parkour actually. You want to try, but there is no opportunity? Then this game for you!