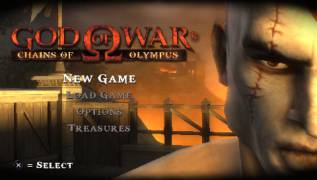 The story of Kratos - a merciless Spartan and an invincible fighter - continues! This time the hero performs feats on the Sony PSP console. In a futile attempt to atone for past sins, he sacrificed himself to the gods and became their hero to fight in the name of Olympus. Tales of his destructive campaigns remained in the memory of descendants forever.

In the new episode of the famous God of War series, Kratos faces the most dangerous and incredible trials. He will go where no mortal has ever set foot before. The world plunges into eternal darkness, the celestials lose their former strength and power, only the legendary son of Sparta can prevent a catastrophe. He will have to come face to face with the most terrible creatures of Greek mythology and, ultimately, choose between his own freedom and the salvation of the world. Perhaps you know how a blood-drunk hero will act?