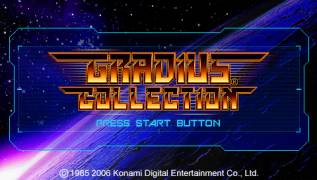 Gradius Collection is a collection of five games in the series. This game will allow you to take a break from all modern shooters, because it is radically different from them. In fact, this game is an explosive mixture of action, arcade and shooter, but in it everything is so harmonious, the gameplay becomes simply unique. The first game in this series was released back in 1985, but even then she was able to gather her army of fans. Time passed, and the games of the Gradius series only got better.

To date, there are 5 games, four of which are more related to arcade games, and only one of them was created directly for the sony playstation console. The most famous critics, in fact, have nothing bad to say about this series of games. This game has a very good gameplay which is of no small importance.