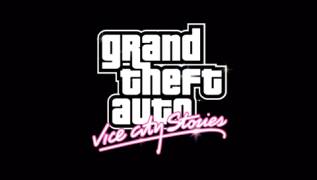 When he was a soldier, Vic Vance was well versed in life. He had a job that set a clear goal - to protect. And he defended as best he could, but the unhurried course of everyday life came to an end. The guy was fired from the service, thrown out into the street. How to earn a living? How to feed a family? Neither law, nor dentistry, nor other profitable professions were familiar to Vik. He used to rely on muscle strength, weapons and his analytical mind.

These qualities are not enough for a successful career in business or politics, but quite enough not to disappear on the streets. In 1984, the town of Vice City lived under two laws at once: the official code and "according to concepts." Ignoring the police, gangster groups fought for certain areas, traded in racketeering and robberies. In their environment, Vic felt more or less familiar: weapons and muscles were valuable here. But Vance would not be Vance if he were satisfied with the place of the "six" in a bloodthirsty gang. Vic begins his ascent to the top of the criminal Olympus, but he needs help - your help!

Features of the game:
Do not reach the goal on foot! To earn the respect of criminal dons, you need to do a lot of things, having visited hundreds of the most haunted places in Vice City. Getting around them on foot is unrealistic, so Vic uses transport. Of course, not public, but private. Getting a brand new sedan, minibus, motorcycle or a whole trailer is very easy: just stop the car on the road and pull its rightful owner from behind the wheel.

Let's get there by air and sea! The roads are not always safe. The police can squeeze in a narrow alley, and competitors strive to shoot a car from machine guns right in the yard. For those who prefer less risk, there are alternative means of transportation: boats and helicopters. On the water and in the air there is much more room for maneuver.

Weapons - the art of persuasion! Not all crime bosses will agree with your claims to be a crime don. Their loyal people will try to get rid of Vic more than once or twice. However, pistols, machine guns, rifles and grenades in his hands are reliable counterarguments in any dispute.