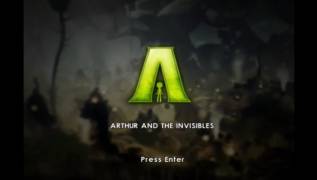 The game Arthur And The Invisibles offers to plunge into the mysterious world of adventure for the PSP console . The game is based on the animated film by Luc Besson. Players will get into the fantastic adventures of Arthur and his two friends, Selenia and Betamesh. The task for friends is to save the world of the Minimoys from destruction. Arthur And The Invisibles will show the world of the Invisibles and their inhabitants (about a millimeter tall) with bright, gorgeous special effects that clearly remind players of the movie. Gameplay in the game Arthur And The Invisibles revolves around three heroes and the player will be able to constantly progress in the game, correctly combining the actions and skills of friends. Solve various riddles of the world of the Minimoys. Players will be able to succeed if everything is done in a coordinated way, that is, they work together.