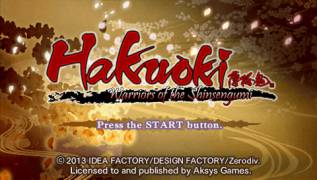 After 260 years of government of Samurais of a segunat the power began to weaken, as well as men, allegedly loyal to the emperor began to sow chaos and discordant over all country. Sinsengumi was created for fight from this growing violence wave, and also for protection of the shogun and people against dangerous ronins.

As the country of inches it is close to total war, Kanako goes to Kyoto to find the gone father. It faces dangers and Sinsengumi, in the bystry sequence. Having learned that Sinsengumi also looks for the father, Kanako goes under their protection. However, soon they appear in the thick of political intrigues, supernatural race for power, and many other things as they desperately look for the answer to them is necessary.