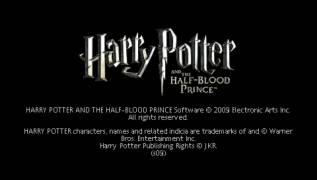 Harry Potter returns to Hogwarts for his sixth year. And it would be foolish to believe that it will pass without incident! Bold experiments in Potions lessons, intense magic duels, crazy Quidditch matches where Harry will fly on a broomstick as a Seeker from the Gryffindor team, and a lot of other interesting things are waiting for you.

The life of the hero's friends also does not stand still. Ron Weasley became the goalkeeper of the Gryffindor Quidditch team and became seriously interested in Lavender Brown. The charming straight-A student Hermione Granger didn't like Ron's amorous deeds at all, and she gave her unlucky lover a surprise - she set a flock of angry birds at him. Harry himself spends a lot of time with Professor Dumbledore, studying the past of Tom Riddle. And isn't it a shame that all this is happening without you? Join, Hogwarts awaits!