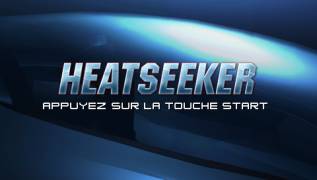 Arcade "flying game" from the authors of the flight simulator Heroes of the Pacific. The scene of action is the airspace over the territory of the United States, the Caribbean Islands and even Antarctica. Riding one of the attack aircraft (you can choose the western F22 Raptor, F15 Eagle, F35 Lightening II, or make a patriotic choice in favor of the Su-47), you set off to destroy the targets indicated by the command. Career advancement is directly related to the success of the missions - the better the combat mission is completed, the more authority you gain among your colleagues and in the eyes of the command. Air battles can be viewed from the side, and to confirm the defeat of ground targets, shooting from video cameras installed in homing missiles is quite suitable - the so-called Impact Cam mode.

The Heatseeker flight simulator takes place in the near future, when global security threats arise almost anywhere in the world. You have the opportunity to choose from the best combat aircraft of our time, a huge arsenal of weapons and the widest range of targets - from Antarctica to the Far East.