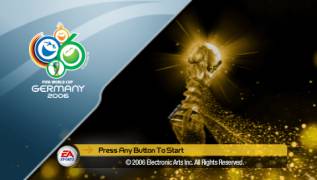 Celebrating the 2006 FIFA World Cup Germany - the world's largest sporting event - the FIFA World Cup 2006 brings you games with a world superstar of players, 12 official stadiums to be used at the 2006 German World Cup and stadiums from each participating area. Gamers will be able to play as their favorite team from qualification right through to virtual replay of the tournament in Germany.