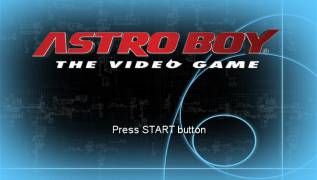 Astro Boy: The Video Game is a game based on the CG cartoon of the same name.

Astro Boy is a robot boy created by Dr. Tenma who tried to replace his dead son with his deed. Robot boy turned out very well. He was kind, brave, helped his father, and also had a built-in cannon in his hand. At this time, there was an uprising of robots in Metro City and Astro, as a defender of good and justice, enters the battle against evil.