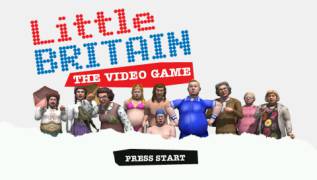 A set of mini-games with participation of virtual prototypes of the actors acting in a popular comedy show & quot; Small Britaniya". Authors promise high quality of graphics and animation, and also abundance of qualitative English humour. Actually, judges of the last just can also recommend a novelty. Generally & laquo; Small Britaniya» & mdash; it is the lovely area in the center of London, near St Paul's cathedral. But in Little Britain of any charm & laquo; old dobra of Anglii» does not shine you. You should not consider the word & laquo; little» and sending to age: it is better for children not to show a product. Regret. Actually before us the collection of arcades made according to the license of the TV show of the same name of BBC & mdash; comedy sketches from life of inadequate British. For example, members of the organization & laquo; People against VECT
From TV Animation - One Piece - Niji no Shima Densetsu