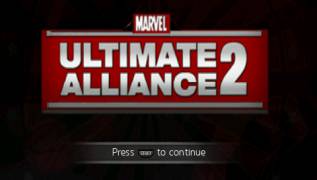 The gameplay of Marvel: Ultimate Alliance 2 will be practically no different from its predecessor. The player chooses four characters from a complete list (during the game, the characters can be changed), each of which can be upgraded, unlocking new abilities and powers. Developers from Vicarious Visions have promised to make the camera controls, and games in general, more convenient in order to make the game more enjoyable for players. INTV
Harvest Moon - Back to Nature