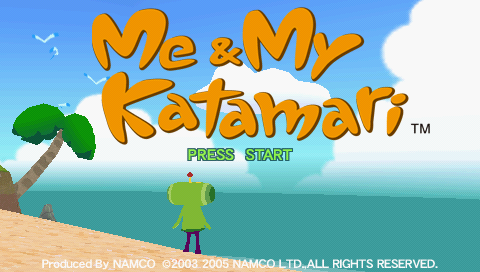 Me & My Katamari
PlayStation Portable - PSP

Who told that the time of original opening passed? You believe that all games are similar at each other as twins brothers? Were tired to look for something unusual, fresh, new? Consider that searches for a while stopped! Me & amp; My Katamari will present a set of hours of entertainment, surprising, not similar to anything!

the King of All Space continues to fill the sky with stars which once and extinguished. What there is a star? The huge heated sphere, according to scientists. Your task: to collect enough huge spheres that the King abandoned them on the sky. But where to take huge spheres? The problem will be solved by Katamari, a small ball on which sticky sides any garbage sticks. Than longer and further you roll a sphere, especially large objects to it stick. In Me & amp; My Katamari you will be able also laquo;