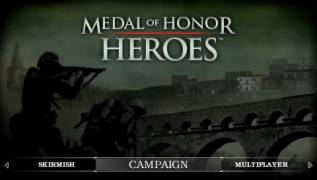 Think you know everything about Medal of Honor? Wrong! The legendary game about the Second World War still has something to surprise the sophisticated audience. The ruthless war against Nazi Germany continues! And although its end is near, the armies of the Reich are still strong and numerous. An open battle with them will entail the inevitable failure of the Allied operation, which means that Lieutenant Jimmy Patterson, Lieutenant William Holt and Sergeant John Baker again leave their units. The task of brave soldiers is, as always, dangerous and fateful. Break through the enemy defense line, strike at the very heart of the fascist hydra, complete the task at any cost and, if possible, stay alive. You must win! After all, if not you, then who?