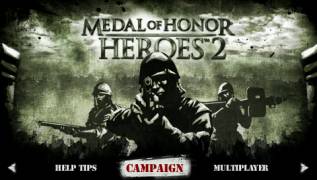 When a huge responsibility falls on your shoulders, it’s too late to retreat and coward, you need to boldly go forward, no matter what. A simple sortie behind enemy lines turns into the most important task of the entire war. The Second World War continues, and on June 6, 1944, it is you who decide its outcome. Special agent John Berg infiltrates Normandy to overthrow the monstrous fascist regime and deal a crushing blow to the enemy's defenses. The course of all hostilities depends on the success of the operation, the slightest oversight, and the Allied offensive will be thwarted. You can’t hesitate, go to the front line and show everything you are capable of!

The enemy dug in according to all the rules of warfare, the approaches were reliably blocked by minefields and snipers. You will need the remarkable power of the available weapons and the help of allies. The courage of these hardened fighters is a crushing force with which you can go against any enemy. Dozens of difficult tasks await you in Normandy, where there is no place for pity and compassion - only the strongest survive.