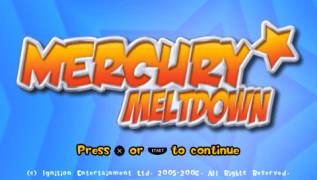 In this logical game you should operate a small droplet of mercury, overcoming the numerous obstacles which are found on the way and solving various puzzles. In the sequel Mercury the mercury drop can be in 4 various states - normal, firm, bystry and slow. It allowed developers to create more complex levels, the filled difficult problems. According to the statement of the developer, Mercury Meltdown it is chock-full filled with physical problems and a set of objects, each level differs in something from previous. By the way, them at a game there are more than 160 - twice more, than at the original.