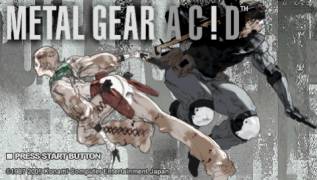 History of the game espionage Metal Gear series from the Konami company contains nearly two decades. The first game about adventures of the superspy of Solid of Snake appeared in Japan in far 1987. Time of a debut of a cult series on the most modern portable entertaining platform & mdash came; PSP.

in 2016. The terrorist group seizes the plane by which there is an U.S. presidential candidate & mdash; obvious applicant for a victory in the future elections. In exchange for life of future president terrorists demand to report them all information on the project with the code name & laquo;