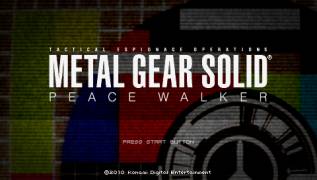 The game takes place in 1974, 10 years after the events of Metal Gear Solid 3: Snake Eater and 4 years after Metal Gear Solid: Portable Ops, in Latin America. In the Republic of Costa Rica, in an atmosphere of deep secrecy, a whole secret army is landed - mysterious armed forces with the latest weapons for that time. The government of the country, which has abandoned its own army since 1949, is not able to prevent the invasion, but also cannot turn to stronger neighbors - this means the loss of independence. Instead, Costa Rica is secretly hiring legendary commander Naked Snake and his armed group, the Militaires Sans Frontieres, to quietly deal with the invasion.