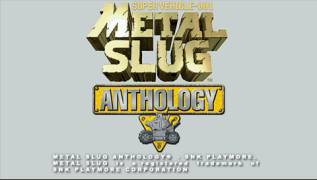 The Metal Slug Anthology includes six installments in the series, with Parts 1 and 2 appearing for the first time on a home gaming console - originally released for NEOGEO arcades. The first Metal Slug, released in 1996 for the NEOGEO system, was a huge success, as was its sequel. Metal Slug is one of the most successful arcade console series in the world.

"It's foolish to deny the incredible popularity of Metal Slug, both on arcade machines and on consoles," said Peter Rollinson, senior manager at Ignition Entertainment. “Using the unique features of the PSP, we tried to improve the familiar gameplay as much as possible, giving fans of the series the opportunity to enjoy their favorite hits again.”