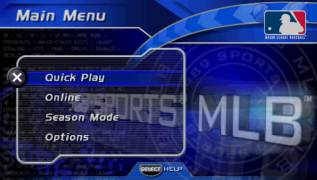 I have always been amazed at baseball, it seems to be the national game of the Americans, but they know about it all over the world, everyone knows its rules, and having caught at least part of its broadcast via satellite, everyone immediately begins to understand what it is. For all its simplicity, the game is replete with a large number of nuances. " MLB (PSP) " transmits almost all of them, it measures every movement of the players with the meticulousness of a micrometer and takes into account all moments of the game. The artificial intelligence of the game models a fairly strong game, and in order to defeat it, no doubt, skill and some luck are needed.

· Graphics . The developers use the latest technology "Branch Point" with the help of which all the subtleties and nuances of the game are transmitted. The quality of the video sequence display, game moments, player movements and the reaction of the referees and the stadium of the fans is also above all praise.

· Game arenas . Since this is an American game, the sports bouts are represented by the most famous baseball centers of America. Licensed stadiums have been worked out to the subtleties, right down to the color of the seats in the stands.

· Game modes . In total, the game has twelve modes from simple to the most difficult. This is designed so that both beginners and experienced users can play the game. There are modes that include the functions of a team manager, provide access to statistics and complete control over the team and its players.

· Set up the team before the game . Like every athlete has good and bad days, accordingly, on these days, the quality of a baseball player's game can either rapidly increase or fall to zero, which will change the result accordingly. In more difficult game modes, you can also adjust this item, increasing the likelihood of winning.

· Artificial intelligence . As I said, he is very advanced and sometimes it is more difficult to beat him than his friends in a multiplayer game.

· Collective game . You will be able, using the interface "Wi - Fi" to play with your friends, competing in the skill of the game.

· Network game . Playing over the Internet will allow you to participate in the World Championship and play friendly matches.