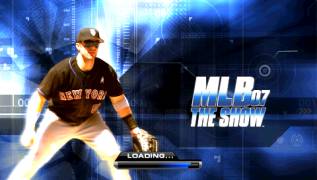 A series of the games MLB The Show is the only simulator of baseball having the official license of Association of baseball (Major League Baseball Players Association). It seems, each following version of the sports simulator has to differ very little from previous, however MLB’ 07: The Show will prove that developers not for nothing got paid the whole year. It is natural that each sports simulator seeks to approach as much as possible a TV broadcast on quality and in 2007 the leading baseball series took a big step in it